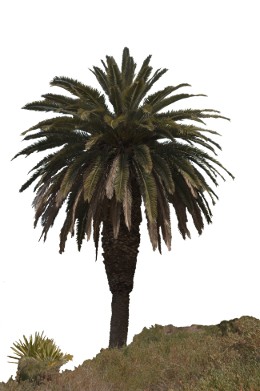 Duncan the Earl of Lenox, left no male issue. At the death of his daughter, the Dutchess Isabella (wife of Murdoc Stewart, Duke of Albany and Regent of the Kingdom of Scotland) in 1450, the clan McFarland claimed the Earldom of Lenox as heirs male. While their claim had the strongest legal support, they were strenuously opposed by pretended feudal heirs, and after a long bloody conflict, lasting 28 years, the estate was finally settled on Stewart Darnley. In this unsuccessful and disastrous attempt to secure the Earldom, the chief of the clan perished, and the clan suffered severely and the greater part of the survivors took refuge in remote parts of the country. The Darnleys would have entirely destroyed the McFarlands but for the opportune support given to the Darnley family by one of the clan.

Andrew MacFarland, a son-in-law of John Stewart, Lord Darnley and Earl of Lenox, rendered great assistance to the Darnley family at a time of difficulty. By this support he save the remnant of the clan and reserved for them the greater part of their hereditary possessions. They soon recovered their strength, not by favor or fortune, but by the prolific birth of sturdy sons and daughters. The House of Lenox came to an end in 1661 witrh the death without issue of the second Esme Stewart, fifteenth in line. Charles II, transferred the titles and honors of this noble family to one of his illegitimate children, Charles, the son of the Duchess of Portsmouth.

Gilchrist, brother of Malduin, third Earl of Lenox, and founder of the McFarland clan, received from his father, second Earl of Lenox, the grant of a large tract of land in the north of Lenox at the head of Loch Long, in the highlands of Scotland. This tract called Arrochar, was the hereditary possession of the clan McFarland for about 600 years (1200-1784). The original charter for this grant is still in existance. These lands of Arrochar have continued in the family by a direct male line until the sale of the estate iin 1784, when William, Laird of MacFarland, sold Arrochar to Furgeson of Wraith for twenty-eight thousand pounds. In 1821 it was sold by Furguson to Sir James Colquhoun for seventy-eight thousand dollars.

Gilchrist left a son, Duncan, designated in the charters as Mac Gilchrist (son of Gilchrist). To this Duncan MacGilchrist, Malcolm, the fourth Earl of Lenox, confirmed by a new charter the grant of Arrochar. This new charter "confirms and ratifies that grant which Malduin, my grandfather, Count of Lenox, made to his brother Gilchrist concerning the territory of the greater part of Arrochar de Luss." Duncan Gilchrist married his cousin, Matilda, daughter of Malcolm, Earl of Lenox. This was probably the occasion of the new charter confirming and ratifying the original grant. Duncan was succeeded by his son, Maldonich, or Malduin, whose first son and successor was named Partholan, which is Gaelic for Bartholomew.

This Partholan was soon called Pharlan and Pharlene, and the next generation added Mac (son of) and it was written MacPharlane, which was soon spelled MacFarlan and MacFarlane. Thus in two generations the family name was changed from MacGilchrist to MacFarlane and this new name was at once adopted as the surname of the clan. The name MacPharlane and MacFarlane is used interchangeably in the documents of that time. In Brown's "History of the Highlands," it is spelled MacPharlan and Macfarlane. In "Waverly" and "Rob Roy", Scott spells it MacFarlane. In "Cadyow Castle", he speaks of "Wild Macfarlane's plaided clan". The spelling McFarland is confined almost entirely to the American descendants of those members of the clan thal fled from Scotland to the north of Ireland in 1608. Other branches of the family spell it McFarlin, but all who bear the name, however it is spelled, are descendants of Gilchrist, son of the second Earl of Lenox, who lived about 1150 A.D.

Pharlan (Parholan) was succeeded by his son Malcolm McPharlan. To him was confirmed the lands of Arrochar and four islands in Loch Lemond were added to the estate. The next chief, Duncan, sixth Laird MacFarlane, married in 1395 Christian Campbell, a daughter of Sir Colin Campbell of Lochow, and a sister of Duncan, 1st. Lord of Campbell and ancestor of the present Duke of Argyle. For several succeeding generations the names of those who bore the title Laird MacFarlane are unknown. After 1513 the title was held by Andrew MacFarlane, whose father Sir John MacFarlane, was killed with Earl of Lenox at the battle of Flodden Field, September 6, 1513, Sir John having been knighted the evening before the battle.

Sir Andrew married Lady Margaret Cunningham, daughter of Wm., Earl of Glencairn, Lord High Treasurer under James V. His son, Duncan, Laird MacFarlane, was one of the very first to make open profession of the Christian religion in the kingdom. The entire clan were always protestant, and often got into trouble on that account. Duncan joined the Earls of Lenox and Glencairn against Queen Mary in 1544. When Matthew, Earl of Lenox returned from England a little later with troops given him by Henry VIII., Duncan sent his relative and vassal, Walter MacFarlane of Tarbet, with 400 followers who rendered Lenox great service.

Duncan and a great number of the clan perished at the Battle of Pinkney, September 10, 1547. His son, Andrew MacFarlane took a bold adventurous part in the civil wars of the period, and joined himself to the Regent Murray, while nearly all other Highland chiefs were warmly attached to the cause of Queen Mary. At the battle of Lengside near Glascow, May 10, 1568, when the result was in doubt, Andrew MacFarlane with 500 men of his own name and dependents fell on the Queen's troops with such vigor that the archers were put to flight, and he was ackowledged by all to be the chief insturment in that great victory. Members of the clan in this battle captured three of Queen Mary's standards, which were long preserved in the family. On the evening of that day Regent Murray bestowed upon Andrew MacFarlane "the crest of a demi-savage proper, holding in his dexter hand a sheaf of arrow, and pointing with his sinister hand to an Imperial cown, with motto, "This I'll defend". The MacFarlane war cry was "Loch Sloy", and the pibroch was "Hoggil Nam Bo." Their badge worn in the bonnet was the cranberry.

The oldest, John, having no issue, the second son, Andrew, became next Laird. He married Elizabeth, daughter of John Buchanan of Ross, and had two sons, John and Walter, John married 1st, Agnes, daughter of Hugh Wallace of Wolmet, no issue; 2nd. lady Helen, daughter of Robert, Viscount of Arbuthnot, by whom he had three sons, Walter, William and Alexander. Walter married Lady Elizabeth Erskine, but died childless. William, his brother, succeeded to the title, and was the last Laird MacFarlane. He married Christiana, daughter of James Dewar of Vogrie. As stated above he sold Arrochar to Furgeson of Wraith in 1784. He died in 1787, and his eldest son and heir, Hugh Norman MacFarlane emigrated to America, and settled in Chenango County, New York, where he secured a vast tract of land. The name was changed to McFarland to conform to the almost universal spelling in this country. His great-grandson, William Wallace McFarland, born July 22, 1834, a very prominent lawyer, of Harford, Conn. and New York City, in 1871 purchased 200 acres of land at Clifton, Staten Island, which he made into a stately park, over whose gateway is the old historical name of "Arrochar".

By the way, if you happen to know of anything which should be added (or changed) on this family tree, please send a comment.